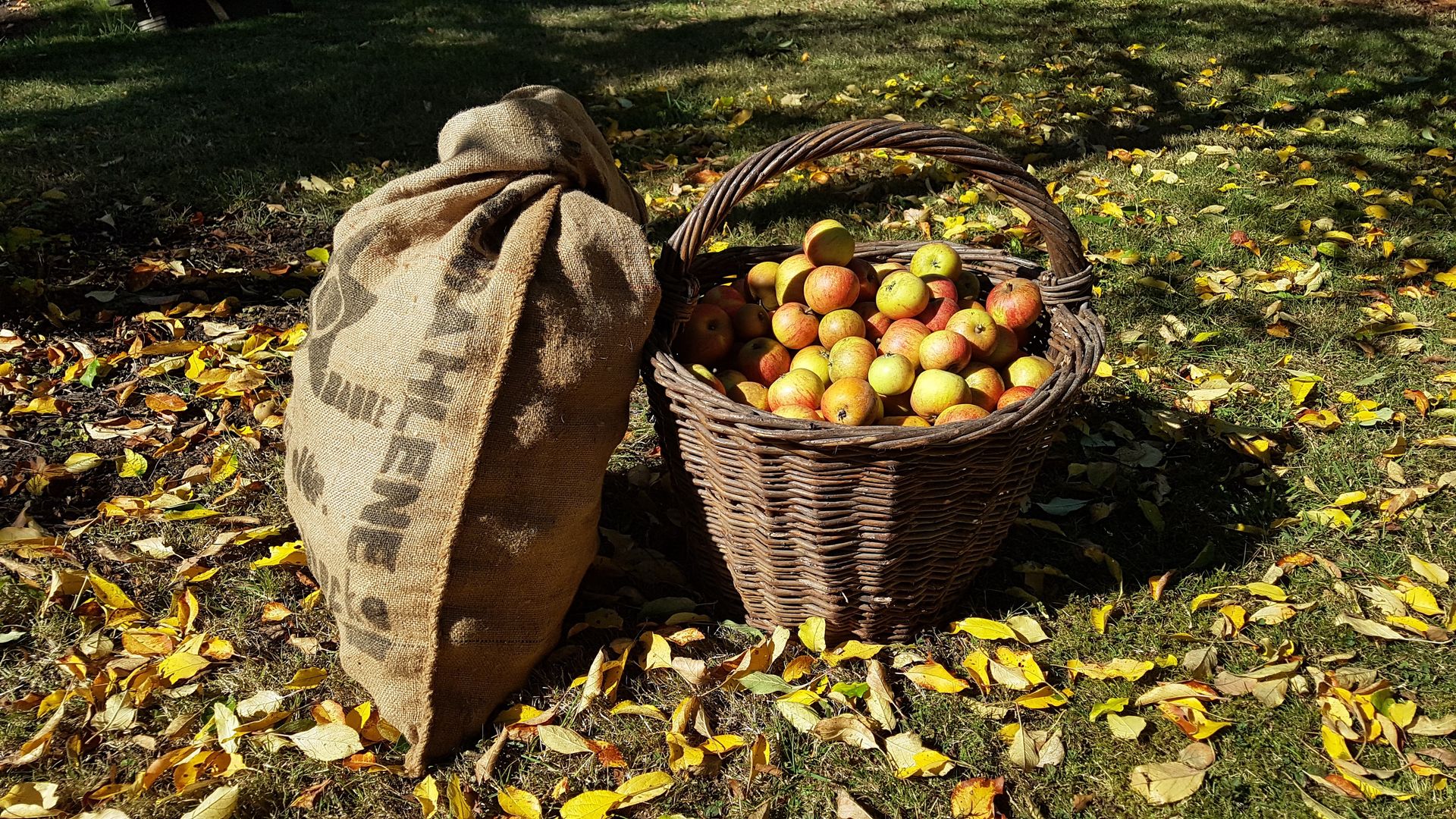 Variety of the orchard

In the Bergisches Land, meadow orchards have played an important role since the 18th century and used to characterise the image of every village. Apple juice, jelly and cabbage, also called "Krückchen" or "Kruut", are still typical specialities of the region, which used to be exported even as far as Russia and America.

The meadow orchard - an Eldorado for self-supporters

In earlier times, if you owned a meadow orchard, you could provide for your family all year round from its yield. Cherries, plums and damsons, but above all apples and pears, sometimes also quinces and elderberries, regularly brought delicious vitamins to the plate alongside potatoes, cabbage, beans and other home-grown produce from the farm garden. Locally adapted varieties that had proven themselves over the decades for cultivation in the Bergisches Land brought good yields and also flavourful variety due to their suitability for the location.

Varieties - from early to late

For the Bergisch Land, for example, the Weißer Klarapfel (White Clear Apple) has proven to be an early variety and the Rheinische Winterrambour (Rhenish Winter Rambour), Schöne aus Boskoop (Beautiful Boskoop), Ontario and Winterglockenapfel (Winter Bell Apple) have proven to be late, storable varieties. Likewise, the Zuccamaglio apple, which is one of the original Bergisch varieties, the Luxembourg Triumph, the Rhenish Silk Shirt, the Yellow Bergisch Sheep's Nose or the Red Starlet are suitable for Bergisch soils. All autumn varieties, including Kaiser Wilhelm, Luxemburger Triumph and Rote Sternrenette, can be stored well and used for cooking, baking and preserving. Medium-early Bergisch varieties such as the Gravensteiner, the Biesterfelder Renette, the Goldparmäne or the Jacob Lebel apple are best suited as dessert fruit. This is because their shelf life is limited to up to three weeks. The Rheinischer Bohnapfel, the Rheinischer Krummstiel, the Westerwälder Grünapfel and the Gelber Bergische Schafsnase are cider fruit varieties that are less tasty as dessert fruit.

Diversity you can taste

Today, in the age of globalisation, locally adapted fruit varieties stand for taste and genetic diversity more than ever. Fruit experts and connoisseurs value the regional orchards on the one hand for the preservation of old, robust and proven fruit varieties - and on the other hand for testing newer cultivars for their suitability for the location. Due to their resistance to scab and other good characteristics as well as their taste advantages, old varieties constitute the gene pool for future breeding. They are therefore a cultural treasure to be preserved in many respects.

In autumn, Nature Park partners such as the Biological Stations, NABU, the Bergische Streuobstwiesenverein or the LVR Open-Air Museum in Lindlar offer various campaigns on apples and other Bergisch fruit varieties. At fruit markets and events with fruit variety shows and fruit variety identification, consumers can obtain information and advice at many locations in the Bergisches Land. The partners also organise tree pruning courses and the rental of mobile juice presses.

In earlier times, fruit was preserved for the winter not only by boiling it down to jelly, cabbage, jam, syrup, compote and mush, but also by drying it or preserving it in alcohol. Fruit slices of apples and pears or pitted plums were left to dry on large grids for hours in the after-heat of the "Backes" (oven). In addition to dried herbs for spices and tea, the dried fruit was stored in linen sacks or in a wooden box in the attic where it was airy. The dried fruit was used to sweeten dishes such as milk soups or added to a bread pudding that was cooked in a water bath and served with Bergische beer soup. Fruit liqueurs or so-called "Aufgesetzte" ("Opjesadde") were also very popular in the past. Very typical is the infusion of redcurrants or elderberries. The fruit is stripped from the branches, washed, dabbed dry and put into a large screw-top jar with candy, corn, spices and a little water. The mixture is left to mature for about three to six months.

"Bergisch pur" stands for specialities from the homeland

Through the regional brand "bergisch pur", gourmets can now also enjoy typical mountain products from meadow orchards on supermarket shelves and in restaurants. Juice, fruit wine, liqueur, syrup, jelly or even honey are in the assortment and come from the Bergisches Land and directly neighbouring communities according to the "bergisch pur" philosophy. This is equally useful for regional development and climate protection. In the management of fruit and vegetable orchards, chemical pesticides are replaced by the use of beneficial insects and mechanical means.  Together with its advisory board members and partners, which include the Bergisches Land Nature Park, the Oberbergische and Rheinisch-Bergische districts, the Biological Stations, NABU and the Rhineland Regional Association, the regional brand is committed to preserving the Bergisches cultural landscape and protecting orchard meadows. 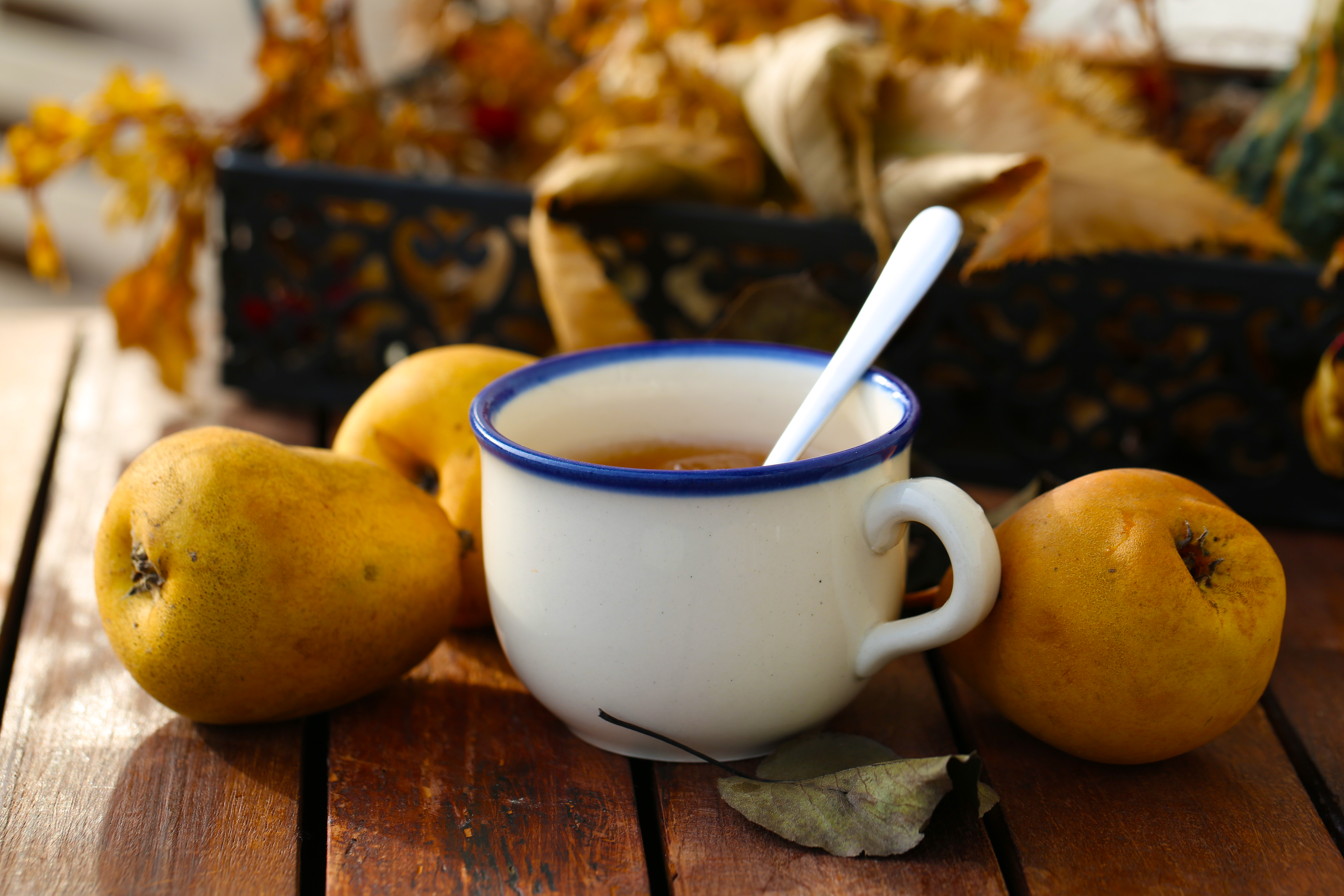 Whether pure, as a side dish to potthucke, potato pancakes or in the form of "heaven and earth" - homemade apple or pear puree is always a delight. And it tastes even better when it comes from mountainous orchards with old varieties.

Peel the apples or pears, quarter them and remove the cores. Put the fruit in a pot with the water and lemon juice and cook until soft. Stir occasionally and add a little water as needed to prevent burning. Season to taste with sugar, vanilla sugar and cinnamon.

Tip: If you want to preserve the puree for winter storage, fill it into screw jars. Place them in a large pot, preferably on a cotton kitchen towel. Pour water into the pot so that the jars are three-quarters full of water. Now leave the screw-top jars to boil down for 10 minutes at just under 100 degrees Celsius and leave them in the hot water for another 20 minutes.