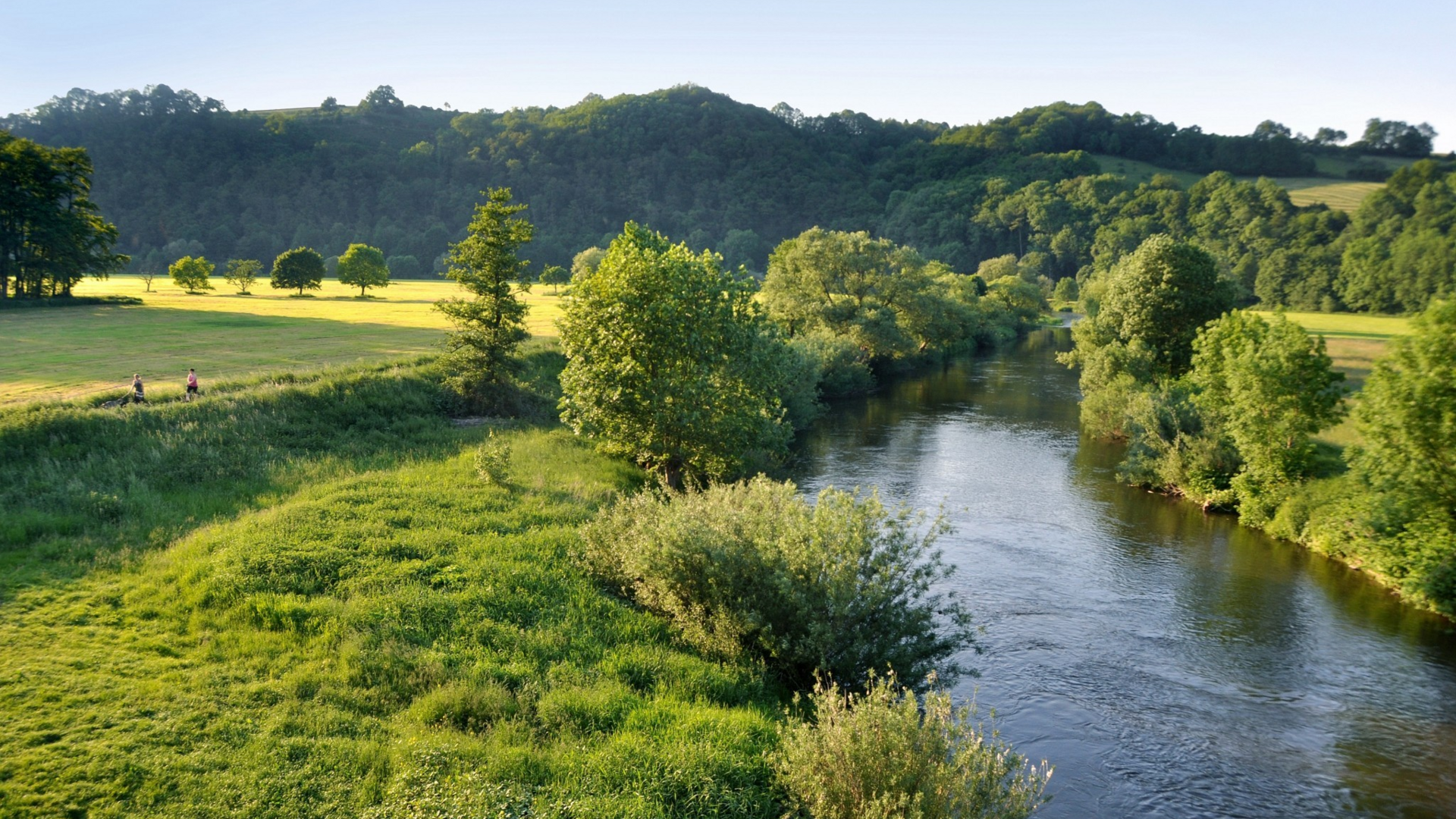 The Bergisches Land is a low mountain range strongly divided by valleys with predominantly low-grade soils and very high precipitation, to which the extraordinary abundance of water is owed. These conditions led to late settlement. The landscape is characterised by the grassland-dominated heights and the forests. In the distribution of forest and open land, continuities of almost 200 years can be traced. The regional and supra-regional connecting roads ran along the dry heights. The late settlement (11th-13th century) originated from them.

The larger church villages lie along the mountain roads themselves, and away from them in hollows or on slopes are the individual farms or hamlets with house trees, farm gardens, orchards and small quarries. With the use of water power for the operation of mills and hammers in large numbers (estimated 1,000 former locations), the valleys were also developed structurally. It was not until the 19th century that the industrial, commercial and settlement axes typical today formed there.

A characteristic of the Bergisch building culture is the colourful building design in the Bergisch triad (white plaster - grey slate - green shutters). As important branches of industry, the iron, textile and paper industries often occupied the old sites of mills and hammers. Furthermore, mining from pre-Roman times until the 20th century, especially of iron and lead ores and their smelting (especially: Bensberg ore district and Radevormwald), but also the stone industry clearly left their mark on the landscape.

Since the beginning of the 20th century, the abundance of water led to the construction of 14 dams, some of which already have historical value today. They changed the landscape by creating large water areas of high recreational value and by destroying the preceding utilisation structures and buildings.